Record volumes at the Port of Wilmington NC

Port volumes across the U.S. are shattering records and the Port of Wilmington NC is no exception. After a COVID-related slowdown in early 2020, volumes at the Port have continued to climb. In this article, we’ll take a closer look at these Port volumes and how they tie into logistics infrastructure enhancements within North Carolina. 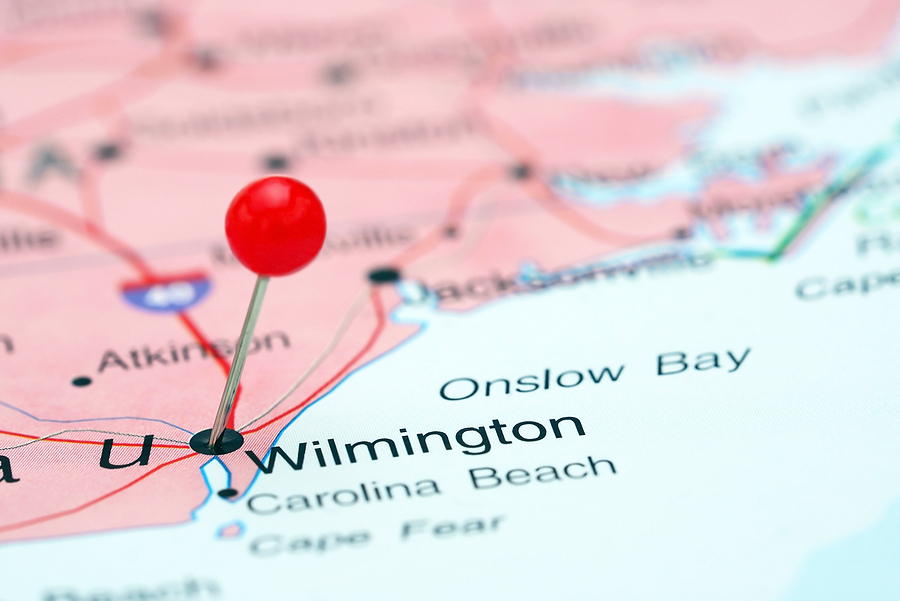 According to Brian Clark, executive director of N.C. Ports, a combination of factors led to the record-setting growth. “We did have a surge of vessels that were impacted elsewhere that arrived during the month,” he said. “And we are seeing growth across many different sectors of cargo, but particularly in the refrigerated containers … both import and export.”

Refrigerated cargo also experienced record volumes in March with 1,686 container moves. This rise in refrigerated volumes is attributable to the Port’s recent expansion of its refrigerated container yard, a $14 million project that was completed last spring.

The overall rise in container volumes is also aided by another logistics enhancement in the state. Going on-line in 2017, the Queen City Express is a rail line operated by CSX that runs from the Port to the large distribution hub at the Charlotte Inland Port. March saw record volumes transported on this line, with 989 containers moved – up from the previous record of 784 containers in August 2020.

The record volumes at the Port of Wilmington show that more and more companies are turning to North Carolina to play a key role in their supply chains. This is due, in no small part, to the continued enhancements that the state is making to its infrastructure. These enhancements are part of the reason the Tar Heel State is ranked #1 on best-state-for-business lists by publications like FORBES and Business Facilities.

In addition to the enhancements listed above, further changes coming to the Port of Wilmington include the following.

Additional infrastructure enhancements include the CSX Carolina Connector, which we have written about extensively on the Kanban Logistics blog. Ground was broken on the construction of this Eastern-North-Carolina rail terminal in 2019 and it is expected to go live later this year. The terminal will be able to handle 1,250,000 containers a year initially, with the ability expand to 2,500,000 containers a year.

All of these enhancements show that North Carolina is financially committed to improving its logistics infrastructure to make it easier for companies to transport goods to, from and within the state.

To take advantage of the many logistics benefits North Carolina has to offer, let Kanban Logistics support your operations. Our services include drayage for containers coming into and out of the Port of Wilmington and the Port of Virginia, plus warehousing and distribution services to optimize your supply chain. We have over 1 million square feet of warehouse space in the Eastern part of the state and offer both shared and dedicated warehousing options. To learn more about taking advantage of North Carolina logistics, contact Kanban today.