As a company whose headquarters is in Eastern North Carolina, we are excited about the many improvements being made to the region’s infrastructure.  And, as a logistics company, we’re even more excited as many of those enhancements directly affect our industry.

But, it’s not just the local region where improvements are being made – it’s the entire state and its role in East Coast logistics as a whole. 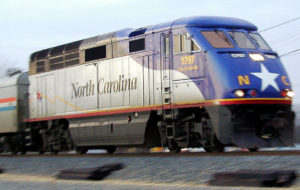 In a recent speech, David L. Howard, the Chief Deputy Secretary of the North Carolina Department of Transportation, talked about the future of freight and logistics in North Carolina.  Following is a brief summary of his main points

Historically, North Carolina’s major industries have been agriculture, textiles, and home goods/furniture.  The state’s economy is now much more diverse.

And, just as business has changed, so have the ways of doing business.  The linear model between manufacturer and consumer has been altered drastically by the shift to eCommerce.   Consumers expect more and they expect it faster, and the manufacturers are happy to oblige.  This puts a major strain on logistics infrastructure, and those that can’t adapt and build accordingly will likely be left behind.

Wisely, North Carolina has chosen to adapt by strengthening its infrastructure, especially its transportation and logistics infrastructure.  The state aims to become a national leader in intermodal transportation, and had the foresight to begin investing in this area years ago and continues to do so.  In fact, much of the state’s infrastructure investments are in the areas of manufacturing and distribution.  These investments are starting to bear fruit, with the coming CSX terminal in Rocky Mount as a major symbol of the state’s logistics future.

According to Mr. Howard, “the good news is that we are ahead of the game.  The years of planning and development have resulted in a comprehensive multi-modal logistics system that North Carolinians can be proud of.”

This foresight is key as it strengthens many of North Carolina’s inherent competitive advantages.  North Carolina enjoys a prime East Coast logistics location, with access to ports, highways, and rail.  The state is also the eastern gateway part of the Piedmont-Atlantic Mega-region which stretches from Raleigh-Durham down to Central Alabama.  There are 10 mega-regions in the U.S. and, while they only take up 30% of the country’s land, more than 80% of the U.S. population lives and works within them.

While the state has made – and continues to make – major advances in its logistics infrastructure, this is not the time to slow down.  Mr. Howard noted that the supply chain changes every 9 months, making it vital to stay ahead of changes and not just keep pace.  To do this, the state:

The state is also focusing on education to ensure that its workforce will be able to thrive in the economy of the future.

As Mr. Howard noted in his presentation, “yesterday was the slowest day of our lives.”  And, by the looks of it, he and his fellow DoT officials take that message to heart.  By continuing to move North Carolina’s logistics infrastructure forward, the state is ensuring its future as an East Coast logistics powerhouse.  Companies evaluating Eastern North Carolina as a potential logistics site would have a clear partner in the State of North Carolina.  At Kanban, we are proud to be a part of these exciting happenings and this exciting future.