Looking for a North Carolina Warehouse to Rent? Turn to a 3PL

If your company is looking for a North Carolina warehouse to rent, you may be surprised to find ultra-low vacancy rates and stiff competition for availability. While these market characteristics are traditionally more common in places like New York and New Jersey as well as California’s Inland Empire, they now exist here in the Tar Heel State. In this article, we’ll take a closer look at warehousing availability within the state and how a 3PL can help. 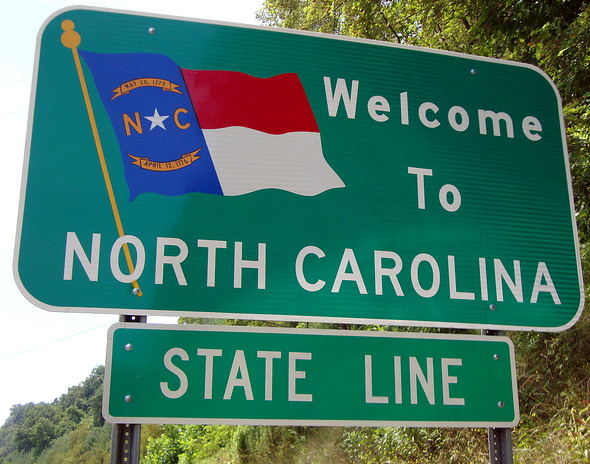 The publication WRAL TechWire recently profiled the Triangle region of North Carolina and the battle for warehouse space there. The Triangle is major region in the Central part of the state that includes the cities of Raleigh, Durham and Chapel Hill. It is also known as the “Research Triangle” due to the major universities in these cities.

In recent years, large companies have been scooping up industrial space in the Triangle. FedEx, for example, has opened two large facilities. And the competition for available space has reached a boiling point, with the vacancy rate sinking to 1.7% in the region.

As of 2021, there was 5.7 million square feet of new space in development in the Triangle, but much of that is already spoken for. So, the issue of demand for space outpacing supply will continue for the foreseeable future.

These developments within the Triangle mirror what is happening in the other populous regions of the state. Vacancy rates for industrial/warehouse space continue to plummet to record lows in Charlotte (4.8%) and Greensboro/Winston-Salem (2.6%).

Al Williams, senior vice president, industrial, at JLL is quoted in the WRAL article. “We’re in a market that used to advise users to start the real estate process 6-12 months before their lease expiration, now it’s closer to 12-14 months.”

North Carolina warehousing can still be yours

While your search for a North Carolina warehouse to rent may seem daunting, it’s not impossible. The Eastern part of the state is more rural and not only has more available space than the rest of the state, but it also has room to expand. Space in the East is also traditionally less expensive than in the more congested regions.

Kanban Logistics is located in the Eastern part of the state, which is ideal from a logistics perspective. One of the country’s busiest roadways, Interstate 95, runs right through Eastern NC, where it marks the middle point between Boston and Miami. In addition to several other major highways, Eastern NC is now home to a major CSX intermodal rail hub (the Carolina Connector), and is less than two hours from the major seaport at the Port of Virginia and close to the Port of Wilmington, NC.

So, if you’re looking for warehouse space to rent in the Tar Heel State, the East is where you’re most likely to find it. But renting (or leasing or buying) isn’t your only option.

You can avoid the competition and ultra-high rates associated with finding space yourself and partner with a third-party logistics (3PL) provider that already has the space and resources to accommodate your operation. Such companies routinely offer both public and dedicated  warehousing options, and can provide the following logistics outsourcing benefits:

Working with a North Carolina 3PL provides you with all the advantages that the Tar Heel State has to offer, but with none of the space acquisition and labor management headaches. To learn more about partnering with an Eastern North Carolina 3PL to support your logistics operations, contact Kanban Logistics today.