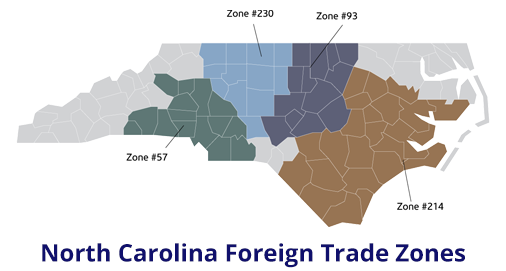 FTZs are secured areas that are considered outside of U.S. Customs territory. So your imported goods can actually be brought into the U.S. but not immediately subject to customs duty.

The FTZ program was designed to promote American competitiveness by encouraging manufacturers to maintain and expand operations in the United States.

Let’s say you are an auto industry manufacturer importing ball bearings from Korea. These ball bearings may have a 9% duty rate which, if not transferred to an FTZ upon import, would have to be paid.

But if those ball bearings were placed in an FTZ where they were used to make an automobile steering assembly, the manufacturer would pay the 2.5% duty rate on the finished assembly. Without this allowance, the U.S. company would be at a decided disadvantage versus foreign manufacturers bringing in finished parts and products that may be taxed at a lower rate.

The FTZ program treats products assembled in an FTZ as if they were produced abroad.

Following is a summary of general FTZ benefits gleaned from the National Association of Foreign Trade Zones:

Customs duties are paid when and if merchandise is transferred out of the FTZ and into U.S. Customs and Border Protection territory. This allows companies to keep their cash and use it for operating purposes until the merchandise leaves the zone.

There is no time limit on the length of time that goods can remain in a zone. For instance, using an FTZ a retailer can bring three months’ worth of apparel into the U.S. on two 40-foot containers, but pull out only the product they need each month by the pallet level. They pay only for the product they have brought into U.S. commerce at that time.

Another FTZ benefit is that no duties are paid on merchandise exported from an FTZ. Therefore, duty is eliminated on foreign merchandise admitted to the zone but eventually exported from the FTZ. According to the North Carolina Foreign Trade Promotion Council, manufacturing importers also save by not having to pay duties on waste, scrap, and yield loss during the manufacturing process, thus reducing the total amount of imported goods that are taxed.

New Weekly Entry procedures, adopted during the Clinton Administration, means that FTZ users file only one Customs Entry per week, rather than one per shipment. Customs no longer has to process an entry for each shipment being imported into the FTZ, and the importer no longer has to pay for the processing of each entry.

If companies are importing into a non-zone, they pay a merchandise processing fee for every container that comes off a ship.

Businesses operating in Southeastern North Carolina can begin importing goods into an FTZ by:

Magnet sites have a warehouse operator that has already been approved. A Magnet site can be used by many importers. Usage-Driven sites are managed by individual companies that must first meet the inventory and reporting requirements of U.S. Customs.

To capital on the advantages of a North Carolina FTZ, your fastest path would be to partner with an existing operator at a magnet site, such as Kanban Logistics. Kanban operates a warehouse in Rocky Mount, NC, within FTZ #214.