No Congestion Issues at the Port of Virginia

If you’ve seen the word “port” in the news recently, it’s usually followed by another word: “congestion.” Major seaports, most notably the Ports of L.A. and Long Beach, are experiencing severe congestion due to record volumes as US businesses replenish inventories that were depleted after COVID-related manufacturing shutdowns. The Port of Virginia is a notable exception. In this article, we’ll check in with the Port of Virginia and see why it may be an ideal East Coast destination for your overseas imports.

What’s new at the Port of Virginia? 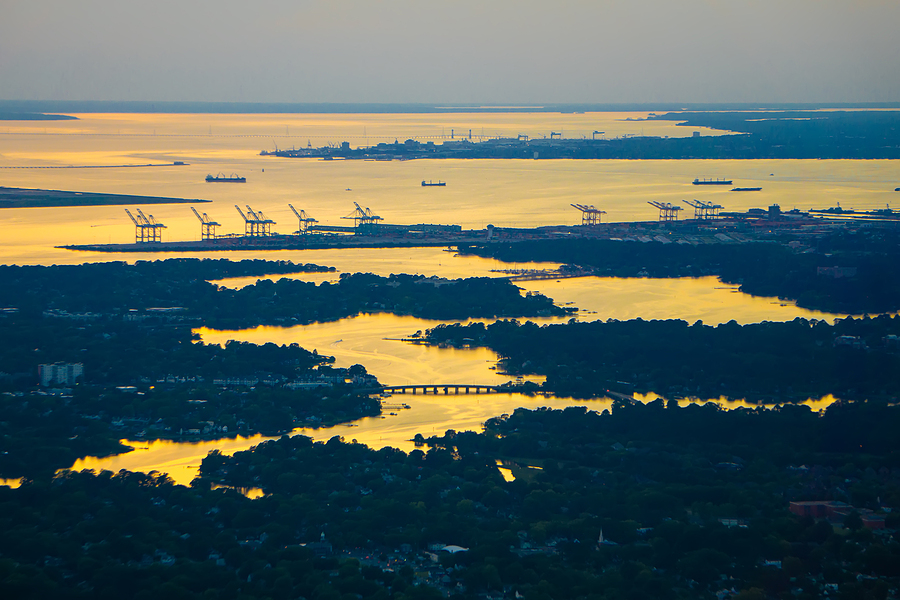 According to a recent article from the American Journal of Transportation, the Port saw container volumes decline substantially in early 2020 due to the pandemic. However, volumes steadily increased throughout the year. The Port handled over 280,000 TEUs in November, making it the Port’s all-time busiest month. That was followed by a December which saw volumes 16 percent higher than December 2019.

The upward trend has continued into 2021 as January was the busiest January on record, with volumes up 19 percent compared to January 2020.

With such record-setting volumes, why doesn’t the Port have the same congestion issues that are plaguing many others in the U.S.?

The answer lies in the forward-thinking investments that the Port has made in its infrastructure. Specifically, $800 million in investments over three years that have added over 1 million TEUs in annual capacity to the Port’s terminals: Norfolk International Terminals (NIT) and Virginia International Gateway (VIG).

These investments include the following.

Expansion of the rail yard at NIT terminals. This expansion will increase the number of working rail tracks to eight, while also creating a new area for staging containers. This expansion will further bolster the increasing use of rail and intermodal transportation within the regional supply chain.

A commitment to newer chassis. A soon-to-be-completed project seeks to reduce the average age of a Port chassis to 3.5 years. This is no small feat considering the Port has 15,000 chassis.

Implementation of an appointment reservation system. The Port has implemented a new system for truckers to schedule terminal visits ahead of time. It appears to be very successful as the average truck turn time at the Port is 36 minutes – with 90 percent of turn times less than one hour.

Next up for the Port of Norfolk, the Virginia Port Authority (VPA) will seek approval and funding for deepening the Norfolk harbor to 55 feet (from 50 feet) and widening the Thimble Shoals Channel. These enhancements will support visits from larger Post-Panamax ships.

If you’re importing products into the U.S., the Port of Virginia is as efficient as it gets. And, once your goods arrive at Port, consider an efficient third-party logistics (3PL) provider to get them into motion. Located in Eastern North Carolina, less than two hours from the Port, Kanban has over 1 million square feet of prime DC space. We can dray your containers, store your products in our warehouse and prepare them for final distribution. We also offer additional logistics services like cross docking and rail-to-truck transloading. To learn more about our service capabilities on the East Coast, contact Kanban today.