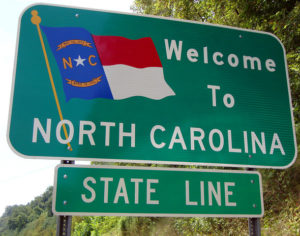 When it comes time to find a low-cost logistics solution on the East Coast, a growing number of companies are reaching out to Kanban Logistics to learn about the advantages of using an Eastern North Carolina logistics hub.

A big reason for the uptick in inquiries to Kanban is the region’s developing reputation as a very efficient, logistics hub (and we thought it was because we were smart and good looking!).

There’s a reason why companies like QVC located their major distribution operations here in Eastern Carolina:  the region is centrally located in the Eastern U.S., very cost effective compared to more urban locales, and it’s supported by an excellent and improving highway infrastructure.

QVC isn’t alone. Many other companies are either scouting for locations here or are already operating in the region—lured by the promise of low cost logistics operations. Here are five more reasons to feel bullish about the continued growth of Eastern North Carolina as a logistics hub in 2017:

Currently under construction, the “Carolina Connector” is an intermodal terminal that will be used to draw and reroute containers from East Coast trains and trucks from North Carolina’s ports in Morehead City and Wilmington.

The DOT has been working on Eastern North Carolina’s road infrastructure. Two new designated interstates, for example, are expected to transform the region in the near future.

Raleigh-to-Hampton Roads (I-87) will connect Northeastern North Carolina to Virginia and Piedmont Crescent, the latter of which is a growing, mega-population site. The other interstate is U.S. 70—a road that will help connect Piedmont Crescent with military bases and the Port of Morehead City. One of the primary east-west corridors across eastern North Carolina, U.S. 70 is heavily used for moving freight, and is just a few miles south of the North Carolina Global TransPark.

Where land is less expensive, the cost to build or lease warehousing and distribution space will be, as well. Wage rates for warehouse labor tend to be lower outside of major cities or port locations.

If you examine warehousing costs from these two perspectives for several East Coast warehouse markets, you’ll find that Rocky Mount, NC offers the most favorable labor and space rates. For anyone whose aim is low cost logistics, the savings from these two major cost drivers could easily deliver millions of dollars in bottom line savings over time.

In 2016, the Foreign Trade Zone (FTZ) Board paved the way for shippers using Eastern North Carolina FTZs to get approved and on-boarded faster. Also referred to as “free trade zones,” FTZs are neutral secured areas that for legal purposes are considered outside of U.S. Customs territory.

By more closely linking the amount of FTZ designated space to the amount of space activated with Customs and Border Protection, zone users gain better and faster access to benefits.

Finally, Eastern North Carolina has a skilled, available workforce ready to help you tap into the benefits of the region’s low cost logistics hub.

According to North Carolina Global Transpark, the state has long been known as a leader in workforce development, in large part due to its extensive network of higher education resources. Academic and training programs provide an ample supply of educated and trained workers, while over 12,000 service members leave active duty (many of them ready and willing to enter the workforce) each year in Eastern North Carolina.

There are thousands of ways to achieve a low cost logistics model, but the location of your distribution operations will be one major factor.

An Eastern North Carolina location can lower your space and labor costs, and can reduce transport costs due to its central location.