What East Coast Ports (and 3PLs) Make Sense for your Imports?

Labor strife at West Coast docks and the expansion of the Panama Canal to handle large, post-Panamax vessels have led importers to look at shifting more import shipments to East Coast ports. But which port? 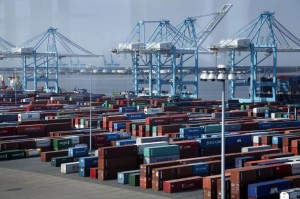 The Port of Virginia, consisting of four marine terminals on the harbor of Hampton Roads, is a compelling choice for several reasons:

Your goods are in the U.S. Now what?

Goods imported through East Coast ports typically end up in a distribution warehouse. At the Port of Virginia in Norfolk, warehousing and distribution space is hard to find, and tends to be more expensive. For these reasons, Eastern North Carolina has become a popular distribution point for East Coast imports.

Kanban Logistics, for instance, has several customers who bring goods through Norfolk and ship it two hours inland to a Kanban warehouse. The added drayage costs are returned quickly through the savings generated from lower operating costs in Eastern NC.

Here are some of the advantages of distributing from Eastern NC with Kanban:

All East Coast ports, from New York to Miami, is scrambling to ready their harbors and infrastructure for more and larger container vessels. The Port of Virgina at Hampton Roads has the deep water and transportation infrastructure in place. Don’t risk your supply chain based on a blueprint of what will be at certain East Coast Ports. Choose a port that can handle your goods today, and choose a 3PL, like Kanban, with a proven solution for distribution of East Coast imports.