The CSX intermodal terminal in North Carolina – Rocky Mount, NC to be exact – has created a splash among manufacturers in the region. It turns out that it has created quite a splash within the railroad industry as well. In this article, we’ll tell you about the recent award the Terminal has received as well as everything you need to know about the intermodal facility. 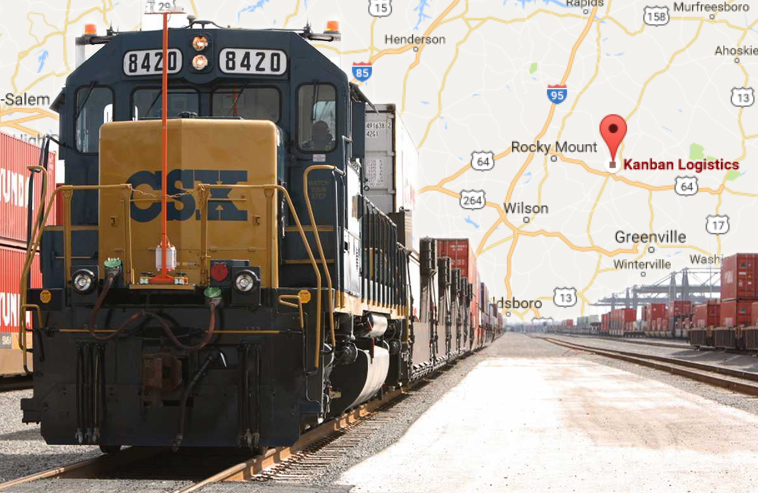 According to Progressive Railroading, CSX Corporation and the North Carolina Department of Transportation (NCDOT) have jointly received the 2022 Dr. William W. Hay Award for Excellence for their work on the CSX Carolina Connector. The award was presented by the American Railway Engineering and Maintenance-of-Way Association (AREMA).

The Dr. William W. Hay Award for Excellence Award is named after William Walter Hay, a professor of railway civil engineering at the University of Illinois Urbana-Champaign. The award is bestowed annually to projects that “best illustrate safety, innovation and service performance reliability.”

In a statement, AREMA officials said that “The Carolina Connector Intermodal Terminal is a state-of-the-art facility built to serve the region and help move goods across the country.” CSX officials issued a statement of their own saying that they were proud to see their CSX terminal, which is one of the company’s newest and most advanced technology-wise, recognized by AREMA.

What is the CSX intermodal terminal in North Carolina?

The Carolina Connector from CSX is an intermodal rail terminal that sits on 330 acres in Rocky Mount, NC, located in the Eastern part of the state. The terminal enables rail containers to be offloaded from freight cars arriving at the terminal and then loaded onto another train or truck for final distribution.

The Connector project originally got underway in 2016 but fell through. It was eventually brought back to life on a different piece of land with help from Norris Tolson at the Carolina Gateways Partnership and other local business leaders (read our interview with Mr. Tolson about the project here). After planning and construction, the Connector finally went online on October 7, 2021.

In terms of funding, CSX contributed $40 million while NCDOT contributed $118 million, including funds for site development and construction.

The Dr. William W. Hay award is the latest recognition of the Tar Heel State’s logistics and business prowess from those respective communities. The award also comes on the…ahem…heels of the state being recognized as the “Best State for Business” by CNBC this year – an honor also bestowed on the state by Forbes for several years in a row.

This year’s CNBC ranking compared the 50 US across different categories including workforce, infrastructure, business friendliness, cost of doing business, and technology and innovation. When the ratings were tallied, North Carolina came out on top.

The CNBC article attributes much of the business friendliness in the state to the ability of Governor Cooper (a Democrat) and the state’s Republican leaders to work together for the good of the state despite their differences. Examples of this cooperation include the creation of incentives packages to lure large corporations to the Tar Heel state including Apple and electric car manufacturer VinFast.

Take advantage of the CSX Connector with Kanban Logistics

If you’re looking to take advantage of the intermodal capabilities that the CSX intermodal terminal affords Eastern North Carolina, learn more about partnering with Kanban Logistics. Kanban has over 1.7 million square feet of warehousing space in the region, including rail siding and a transload yard at its Rocky Mount facility – a facility that is served by CSX rail. To learn more about how Kanban can supercharge your logistics operations in the Tar Heel State, contact us today.