The CSX Carolina Connector is now open – and already enhanced

Those ‘pops’ you might have heard in late 2021 were the champagne bottles of logisticians in and around the Mid-Atlantic region celebrating the opening of the CSX Carolina Connector. After 5 years of starts and stops, the intermodal rail terminal is now open for business. But that’s not all.

Shortly after the Connector went live, its new Wilmington Midwest Express service was announced – which was followed by yet another announcement of 3 new cranes at the facility. Let’s dive into all this exciting news.

What is the CSX Carolina Connector? 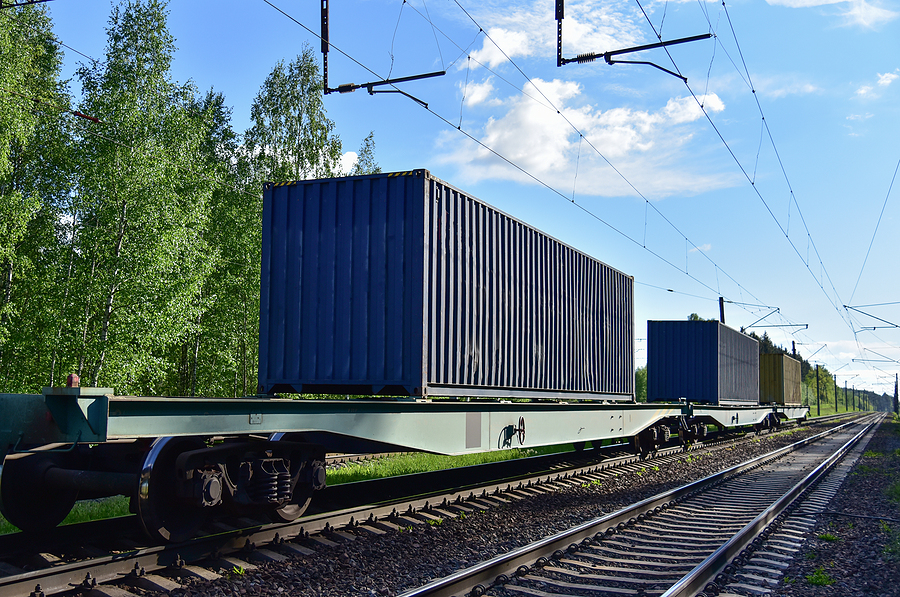 The Carolina Connector from CSX is an intermodal rail terminal that sits on 330 acres in Rocky Mount, NC, which is located in the Eastern part of the state. The terminal enables rail containers to be offloaded from freight cars arriving at the terminal and then loaded onto another train or truck for final distribution.

The Connector project originally got underway in 2016 but fell through. It was eventually brought back to life on a different piece of land with help from Norris Tolson at the Carolina Gateways Partnership and other local business leaders (read our interview with Mr. Tolson about the project here). After planning and construction, the Connector finally went online on October 7, 2021.

Advantages of the CSX Carolina Connector

The Connector’s arrival couldn’t come at a more fortuitous time. There are supply chain logjams and disruptions from coast to coast, with containers tied up at seaports and rail terminals across the US. The new Connector can take some of the burden off of congested rail terminals on the East Coast – congestion that is only expected to increase as intermodal volumes continue to rise.

Then there’s the Connector’s location. It’s rural setting offers more mobility than will be found at major urban areas and seaports. But, even though it’s rural, it’s not far from the supply chain action.

The Connector site is halfway between Boston and Miami, located just minutes from I-95 and close to I-40 and I-85. It’s two hours from the Norfolk port, two hours from the Wilmington port, and four and a half hours from the Charleston ports. So, North Carolina rail can now become a major part of the transportation mix for companies that use these major East Coast highways and seaports.

In November 2021, North Carolina Governor Roy Cooper announced the launch of the Wilmington Midwest Express – a direct rail connection between the CSX Carolina Connector and the Midwest. This new service is expected to move containers from East Coast ports like the Port of Wilmington to the Midwest with faster transit times, reduced shipping costs and lower emissions.

Currently, only about 3% of the Port of Wilmington’s container volumes moved via rail in 2021, so there is opportunity for growth that the CSX Connector can facilitate.

According to NC Ports Executive Director Brian E. Clark, “The Wilmington Midwest Express will positively impact our customers by providing a more direct connection between shippers and consumers. This new service provides a competitive advantage in a time when supply chain issues are impacting ports across the United States.”

The terminal has been open for less than three months and it is already receiving a major enhancement. The Connector facility has just received three emission-free, rail-mounted cranes. The cranes have been supplied by Liebherr Container Cranes.

The cranes each have a lift height of 50 feet and a span of 165 feet. The cranes will work with a total of seven rail lines as well as a container stack (four high, five wide). Container handling on the container stack is fully automated, while movements with rail cars is supervised. Movements involving trucks uses a combination of manual and supervised moves.

The cranes will handle 53’ wide top-pick containers as well as ISO containers for single- and double-stacked rail cars.

If you’re looking to the Carolina Connector as a great way to incorporate rail into your operations, you’re going to need a 3PL partner for warehousing and other logistics services. Look no further than Kanban Logistics.

Kanban has over 1 million square feet of warehousing space in Eastern North Carolina, including a facility in Rocky Mount right near the Connector. This Rocky Mount facility can receive rail cars right up to our rail-sided warehouse and we can unload center-beam cars in our transload yard. To learn more about how a local logistics expert can help you take advantage of all that the Connector has to offer, contact Kanban Logistics today.